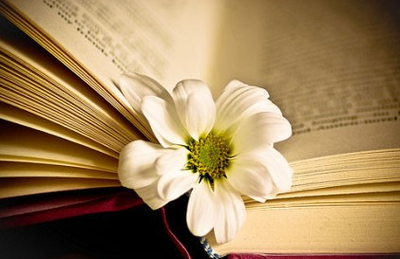 A land free from destruction, plus wealth, natural resources, and labor supply-all these were important 【__1__】 in helping England to become the center for the Industrial Revolution.【 __2__】 they were not enough.

Something 【__3__】 was needed to start the industrial process. That "something special" was man 【__4__】 individuals who could invent machines, find new 【__5__ 】of power, and establish business organizations to reshape society.

An inventor or one interested in applied science is 【__12__】 trying to make something that has a concrete 【__13__】. He may try to solve a problem by using the theories 【__14__ 】science or by experimenting through trial and error. Regardless of his method, he is working to obtain a 【__15__ 】result; the construction of a harvesting machine, the burning of a light bulb, or one of many other objectives.

Most of the people who developed the machines of the Industrial Revolution were inventors, not trained scientists. A few were both scientists and inventors. Even those who had little or no training in science might not have made their inventions if a groundwork had not been laid by scientists years before.

Some historian say that the most important contribution of Dwight Eisenhower's presidency (总统任期) in the 1950s was the U.S. interstate highway system. It was a massive project, easily surpassing the scale of such previous human 【__1__】as the Panama Canal. Eisenhower's interstate highways 【__2__】 the nation together in new ways and 【__3__】 major economic growth by making commerce less 【__4__】. Today, an information superhighway has been built-an electronic network that 【__5__】 libraries, corporations, government agencies and individuals. This electronic superhighway is called the Internet, 【__6__】 it is the backbone (主干) of the World Wide Web.

The Internet had its 【__7__ 】in a 1969 U.S. Defense Department computer network called Arpanet, which 【__8__】 Advanced Research Projects Agency Network. The Pentagon built the network for military contractors and universities doing military research to 【__9__】 information. In 1983 the National Science Foundation (NSF), 【__10__】 mission is to promote science, took over.

This new NSF network attracted more and more institutional users, many of 【__11__ 】had their own internal networks. For example, most universities that 【__12__】 the NSF network had intercampus computer networks. The NSF network then became a connector for thousands of other networks. 【__13__ 】a backbone system that interconnects networks, internet was a name that fit.

So we can see that the Internet is the wired infrastructure (基础设施) on which web 【__14__ 】move. It began as a military communication system, which expanded into a government-funded 【__15__】 research network.

Today, the Internet is a user-financed system tying intuitions of many sorts together into an "information superhighway."